Possibly the least sexy aspect of your practice, but the most decisive.

I’m a tech consultant and a yoga teacher. In both fields, I consider myself successful when I’ve helped my client address and improve a problematic situation. It’s very tempting when sorting out a problem to rest on expertise and do what you ‘know’ needs to be done.  Because of this temptation, it requires extra diligence to make sure you’re not just seeing what you already know, but treating each situation as fresh.

Because of the underlying tendency to automatize – which we all have – we need a routine to consistently counter our habits.  We also know that the placebo effect will make any intervention look more like it’s working.  That’s why the assessment protocol was invented. Here’s a great example:  a body reading protocol from James Earls and Tom Myers (in Fascial Release for Structural Balance):

2. Assess the soft tissue pattern that creates or holds the pattern in place.

3. Strategise – develop a story about how and why these elements are interrelated, and create a strategy for the order in which those elements will be worked.

5. Evaluate – when any given intervention is complete, reassess and re-evaluate.

Although the specifics are about the body, a similar protocol works great for tech issues. Before jumping ahead to solving the problem, first clearly describe it and work out its underlying structure. Too often, what’s addressed is superficial or temporary – the underlying pattern hasn’t been changed, and all the new work will quickly get washed away like a sand castle on the beach. Working out the dependencies and order of operations is key – and clarity here will allow your client to trust your work even if it involves things getting messier before they resolve.

I hope the people I work with pick up not just short-term fixes or even long-term solutions, but also inspiration to assess and re-evaluate what they’re doing on an ongoing basis. It’s so tempting to take the course that sounds like a good idea, or is just the way it’s done. The only way to counteract that is to check that each measure is actually tuned to address what you intend to address. Establishing a diligent evaluation routine is the difference between claiming objectivity and actually practicing it.

In my essay on the historical development of yoga, I found that the value of practicing yoga is not derived from any continuity with ancient wisdom.  The value of the practice lies not in its content per se, but in its function:  its ability to address the needs of its users.  I made the distinction between a ritual and a technology – a ritual must be done according to tradition, or a rigid formula, because how it works is unclear, magical.  A technology has “moving parts,” is understandable in terms of its effects and not just what its originator intended.

We all need to define ourselves and our place in the universe; to feel that what we are doing is worthwhile and meaningful.  The same needs drive people to religion, ideological and group affiliation, and all sorts of ways of feeling connected, a part of something larger.  Understanding these cultural practices in terms of their function has allowed us to see inside their stories about themselves, and into their “moving parts,” into how they are effective.

Ernest Becker’s classic 1973 book The Denial of Death is a masterpiece of functional analysis, asserting that every system of meaning to which people subscribe, every mythology about their origin and place in the universe, serves basically to prevent people from fully acknowledging that the universe is far vaster than humanity and is plainly not organized around human concerns.  Any animal, in order to survive and prosper, needs a sort of reflexive self-importance.  An animal that didn’t assume it was the most important thing in the picture wouldn’t take care of itself as a matter of course.  The trouble with this reflex, Becker argues, is that it is not justified by any evidence in the world – the inevitability of death and the overwhelming irrelevance of one animal, or one species, in the larger scale, argues that this belief in our own importance is fundamentally an illusion.

In order to perpetuate this “vital lie,” we need to pay attention to only a subset of the universe, the important stuff.  By evaluating our lives in relation to principles, groups of people, ideologies, etc., we become part of a larger reality.  Larger, but not too large, or our insignificance is again revealed; small enough to understand, but not too small, e.g. getting fixated on the approval of just one person, or we become neurotic.  The difference between the neurotic or psychotic and the normal functioning person, according to Becker, is not that one is illusioned about the universe and the other is not.  The neurotic or psychotic person has a poorly functioning illusion, one which doesn’t adequately protect them from perceiving the meaninglessness of their life; “healthy” people have robust, acceptable illusions.  The neurotic or psychotic is overcome by their fear of death or of experiencing life; “healthy” people repress these fears.

“What would the average man do with a full consciousness of absurdity?  He has fashioned his character for the precise purpose of putting it between himself and the facts of life; it is his special tour-de-force that allows him to ignore incongruities, to nourish himself on impossibilities, to thrive on blindness.  He accomplishes thereby a peculiarly human victory:  the ability to be smug about terror.”

Becker concludes that while most people choose a “safe beyond,” a larger reality that is still known territory where one can assume a culturally given identity and walk a path others have found, some people have the skill and determination to take on larger and larger “beyonds” as they negotiate their own relationships with the universe.  Eventually, such a genius or artist or visionary has basically created their own religion.

While Becker, and the psychoanalysts and philosophers he references, argue that the human condition is one of insoluble conflict between reality and this necessary illusion, I wonder if that is the case.  Someone (not necessarily a visionary) who is constantly reconciling her understanding of the universe with new information is not defining herself in terms of her current mythology in the same heavy way of someone who never changes views.

In fact, if one can practice continual displacement of worldviews and challenging of assumptions, that process can destabilize the personality without descending into fear or dysfunction.  If someone practices this sort of existential shifting with continuous discipline, that practice itself may provide the feeling of security necessary to let go of any fixed definition of one’s importance in terms of an illusion about the universe.  While Becker views the process of shifting mythologies as a sort of progression from smaller to larger visions, the content of those mythologies is not as relevant as their function.  As they shift, the feeling that each one is real and solid must be undermined as well.

When we view the process of understanding one’s place in the universe as a technology, rather than a ritual, we can be critical about the choices we make in deciding what’s important.  If someone can reevaluate their most fundamental beliefs, I call that less illusioned, less afraid, and more honest. 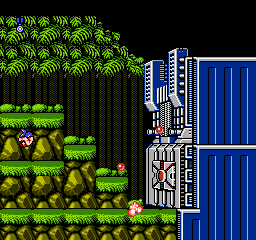